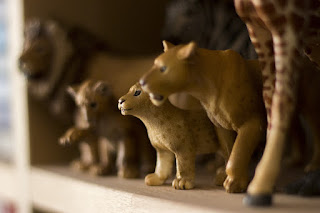 She was a hard one to read. Oh you’ll know right away if she was mad or getting ready to deliver a snippy comment (always obvious from the way she scrunched up her face). But on the whole, as an entire person….well, it was impossible to just pigeonhole her and say ” Oh she’s such a sensitive soul/she’s a raging flake/she just is such a good listener. She wasn’t any of those, but a poor amalgamation of all those traits. Just when you thought she was going to head a certain way, she’d turn around and do the complete opposite. The weird thing was, you wouldn’t even be surprised, because this inconsistency was exactly consistent with what you’d come to expect of her.

She had a temper. No doubt about that. It was explosive and (obviously) unpredictable. The same things didn’t trigger her always – she had this armor of sarcasm and apathy to deflect repeated insults. But when something did push her over the edge, it was not pretty. She lashed out, her ordinary eyes transformed with a fiery beauty. Words spewed from her, both hurt and hurtful-  projectiles of rage and despair.
But. But she was also meek. Sometimes to the point of being painfully diffident. A stark contrast to popular perception, she did not enjoy social exchanges. Picking up the phone to talk to a stranger was something she often took pleasure in procrastinating. Most of her appointments were made online and if that failed, her next resort was calling during lunch hours and gleefully taking the voicemail option.
People don’t really remember her in her entirety. Not because she was forgettable, but because there were too many things to remember her by. It was not a pleasant experience to describe her to a stranger or worse- a friend; far easier to change the topic to something more uncluttered.
She was not a bad human being, just an unremarkable one. Unable to inspire a single soul, she would have gone on to live a long, purposeless life, completely blinded from the nuanced realities swirling just outside her line of sight.
She was almost 30 when she suddenly died. This was a few years ago. She wasn’t missed by most people. Even fewer noticed or cared that she was gone. There was no funeral and there were no grieving masses. Just some sudden emptiness soon filled by newer and better things.
Well enough about her. She‘s old news, and frankly, it’s a little exhausting to keep her alive in my mind. Let’s talk about me instead.
I remember some of my first memories. I hear loud humming. I look up, and I see this older lady standing in front of me, her face laden with worry and concern. “He needs a comprehensive evaluation, because I’m definitely seeing some red flags here”, She says. I nod dully, shocked by the news that I fully expected to receive………

Over the next few days/months/years…..

…..So speech will be once a week, but don’t you think he needs more? No, no he’s not making sounds yet. Yes…. No, not even ‘mama’. Yeah. OK, great we’ll see you Wednesday! *Call disconnected*……
….. Yes, we have the autism diagnosis on file. Does he qualify for behavior therapy?…
…..No. No. Grandma, stop and hear me out. It is NOT a curse. His brain just works a different way. Spell it with me. Spell it with me:  N-E-U-R-O-D-I-V-E-R-S-I-T-Y……
…….Well, he does speak full sentences now. No, you need to add these goals to his file, so we don’t lose momentum……
……..No, he doesn’t have a photographic memory. He’s a person, not a camera. What?No, he’s not like Sheldon from the Big Bang Theory. (Thank goodness for that!)…..
…….Aww sweetie, don’t pull Geraldine’s hair. Its great you want to get her attention, but let’s try something nicer, please? (Wow, this is the first time he’s choosing to engage with another child!)….
…… No ma’am, I know that he doesn’t have a physical disability. But do you understand that he’s very likely to bolt? Yes, especially in parking lots. I can make another appointment, if you need me to get more paperwork from his doctor…..OK, thank you for understanding. No I don’t need the license plates, just the disabled person placard……

……..Thank you so much Mrs.M! He was just so perfect up on that stage! Yup, music is definitely his calling….
As the years go by, I sporadically think of that dead girl. Why?  I am not like Her. I’m not timid, but I’m not loud either. Almost always even keeled and entirely predictable. I don’t whisper requests, but I also don’t shove and grab my share of the pie. I talk slowly. Calmly. Even my anger is deadened by my equable tone, because too much is at stake. I don’t have a shield around me – on the contrary, I choose to feel and bleed without a buffer. I cry openly and plentifully, because I don’t really have any bandwidth for storing up that sorrow. And then I put my oversized shades on and make a much needed trip to Target.
And sometimes I lose it. I yell and fight, kick and thrash – gloriously and explosively feral. But in my head. Always in my head.
People know me. Not because I’m flamboyant and not because I’m memorable. But because I am everywhere, so obviously earnest. I have this purpose now and I am every bit the clichéd woman on a mission. I love speaking to everyone, learning and imbibing as I go. I’m not duplicitous and I don’t really judge anyone else, because I’m content in myself and my vision. I don’t fight any big wars- instead I go to battle everyday to make this world better for my son and others like him. Because really, at the end of the day, that’s all that matters, right?
That brings me to my very first memory. I call it my proudest moment.
It was when I killed her and rose from her ashes.