Skip to content
My Paati (paternal grandmother) was a wonderful storyteller. She had a crisp vocabulary and a genuine knack for engaging story-lines. Her tales were delightful, throughout with excellent wit She told us stories of all genres – horror, suspense, humor, drama. Some ideas came from books she had read as a child, but most of what she told was from her rich imagination. As kids, we’d gather around her and beg her to keep talking, way past our collective bedtimes.
I always imagined that every writer should be able to tell a good story. Not on paper, but to a live audience. Regale them, make them gasp at all the right moments; the tale ebbing and flowing with a life of its own. Soon the storyteller disappears but no one notices, because they are immersed, blissful in that make-believe world. And when the story ended -stunned silence! Slightly disoriented, the audience should look at each other and smile foolishly, the echoes of the final words still ringing in their ears.
That! That was what my Paati did. And that’s who I wanted to be. A master narrator. But I discovered, (much to my disbelief), that I SUCKED as a storyteller. The first time this happened was when I was 8. My mom was sick and wanted to nap. I was the babysitter on call and I had an afternoon to fill. My 2-year-old baby sister was in her “1000 ways to electrocute myself” phase, so I grabbed her chubby body and sat her down to some good old-fashioned storytelling.
I started strong – in my head, my story had all the signs of being an absolute cliffhanger. But the words that came out of my mouth were so weak and insipid that I was myself. I tried inventing new characters (“ the dragon suddenly saw a whale”), new plot lines (” the whale married the Ummm dragon”), shameless exaggerations (the dragon-whale baby had 1000 teeth). But I could see my sister’s attention slowly slipping away. I even to channel my grandmother’s spirit, but that didn’t work (probably because she was still alive and well and on a pilgrimage, no less). As I droned on and on, in a progressively higher voice, the story got worse. More than once, I caught my audience eyeing the closest power socket rather fondly. I half entertained giving myself an electric shock to impress my sister. But thankfully, relief arrived in the form of my aunt who was bringing food over.
That day and the stink of failure stayed with me for a long time. I always wanted to be a writer, but my 8-year-old brain kept insisting “You couldn’t even keep a toddler interested! . Shame!”
It was years before I wrote again. I short, cringe-worthy poems, where I cared more about rhyming “sea” with “tea” than actual content. Then I moved on to short, cringe-worthy stories where I worried about making sure every character had the perfect name and () birthdate. And soon, word by word, line by line, the curse lifted. I pen half decent stories, some of which I even won prizes for. but secretly angry; because I felt like a phony. Like I wasn’t worth the awards because I couldn’t verbally narrate a good story to save my life.
All of that changed with a phone call. My mom, true to her genes was excessively proud of my prizes. She my latest story with the entire extended family via Inland mail
“Pavithra”, she boomed. I wondered if she was wasting precious money using the phone when her voice was loud enough to reach me across states.
I paused. I felt suddenly . Was she making fun of me?
“Oh, ! It wasn’t really a -“
“What nonsense are you talking? I read the whole thing and it was rather splendid. I always wanted to write, you know! But I was never too good.”
“But, paati, you tell the best stories! I can never do -“
“Oh, . So what? I tell stories. You write them. Who is to say one is better than the other?”
And just like that, I understood. There is no one way to do things.  Some of us sing beautifully. Some of us write soulful music. One of my best friends is completely deaf, but man, hear him reciting verses of you should hear him reciting verses of . Our beauty lies in how diverse our skills and talents are. Imagine how boring the world would be if all of us were amazing kathak dancers, but no one knew how to break-dance? break-dance?
So if you have a penchant for writing, then write. Do you like doodling? Go draw those comic books. You paint? Badly? So what? Do it for yourself!
The world needs all of our slightly broken skills. Maybe none of us will ever become masters in our field. But does it really matter? My died years ago and she didn’t become rich and famous.
But the memories of her sonorous voice, her slightly closed eyes as she weaved a devious twist. The joy she got from the bounties of her own mind? That will live way past many lifetimes.
Too long; didn’t read? Here’s the short version: 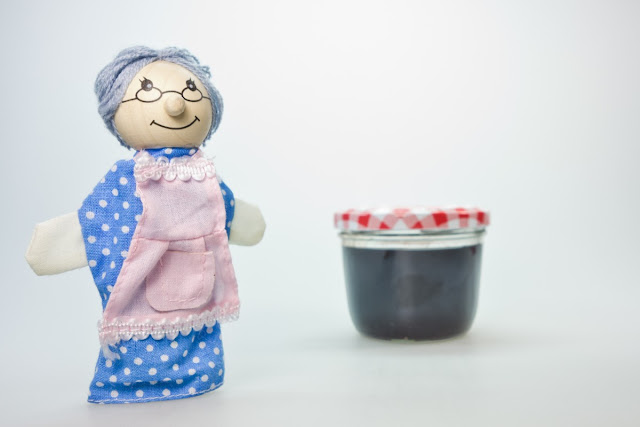