Skip to content
The queen rubbed her aching neck. It had been a long day. Perched on her head, the  crown was an object of absolute splendor. Encrusted with rubies and emeralds, it glittered darkly in the evening sun. Five hundred of her subjects waited in tense silence, their eyes flitting back and forth between the shackled prisoner and their haughty monarch.
Her general was speaking, listing the man’s crimes. Petty larceny, robbing the odd grave and thieving from the royal wine cellar. She closed her eyes and waited for it. “And assault,” the general finished with a flourish.
The queen took a deep, shuddering breath.
“Elaborate”, she said.
“The court accuses this man of assaulting his wife and daughter on multiple occasions. Physical abuse and rape, your highnesses.”
The queen opened her eyes. “Is this true?”
The man , but she raised a hand to silence him.
“Is this true?”, she asked again, glaring directly at the drunk’s wife.
“Y-y-yes your highness. When he drinks, he’s a monster,” the woman replied.
A slow tingle fluttered down the queen’s arm.
“And he raped you? Your daughter?” she asked.
“H-h-he doesn’t mean to, your highness. He’s weak.”
The tingle grew stronger. Her hand thrummed with a life of its own.
“What’s the verdict, your highness? A few days in the dungeons?”
The queen stood up, her dusky skin gleaming and rippling. Rape. Assault. Another woman, another child.
Wordlessly, she drew her long sword. A fluid, graceful arc, and the man’s head came off cleanly.
The wife gasped and cried out. But her tears were transient. The monster was no more.
The great hall stayed silent, five hundred hearts beating in unison.
“Any more?”, she asked.
“No, your highness. That was the last one.”
The queen stared ahead, breathing a little heavier. Then her face broke out into this radiant smile.
“I think we’ve had a full night. You’re all dismissed,” she roared.
The crowd trickled out of the great hall, many amongst them perverts and deviants. They shuffled along, their mouths dry and their minds set. The queen’s wrath was a fearful thing.
As the sun set on the near empty room, the queen took off her crown. Stretching her neck, Mina carefully placed the Virtual Reality Headset on the console. It was rather heavy.
Smiling to herself, she bid adieu to the young family.
“Did you enjoy the game, Mina?”, asked the lady of the house.
“Yes Madam. Very kind of Master Krish to let me try it.”
“It wasn’t too violent for you? I don’t want you to have nightmares.”
Mina thought about her alcoholic husband. The physical abuse. The forced nightly horrors.
“No madam. It was just fine,”.
“Same time tomorrow, then. Don’t forget to buy the laundry soap!”
“Ok madam,”.
And gathering her belongings, the dusky queen walked home. Head held high and her arm tingling with a weird energy. 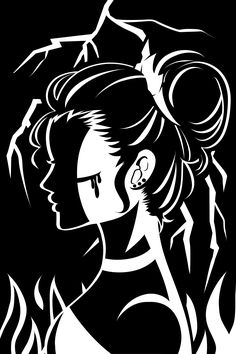