Skip to content
Bobby looked at his watch and swore. Even with the shortcut, he would definitely be late. He picked up his pace, running faster than the slightly tight shoes would allow. Dressed in neat chinos and a sport coat, Bobby was rather cute. At least that’s what he tried to remind himself, every time he saw beautiful, perfect Bela. After months of heavy hints, she’d finally agreed to dinner. And what kind of loser is tardy on a first date?
Flowers! Oh crap! A choice expletive threatened to escape his lips. He’d completely forgotten about flowers! Begonias? No wait, was it Petunias? Bela talked about the damn things all the time, and now he would show up like a chump, empty-handed. Did he have time? Bobby checked his watch again. No, he didn’t. “Way to screw this up, man!” he muttered.
And that’s when something pink and radiant caught his eye. A beautiful bouquet. Roses and begonias (or perhaps petunias?) interspersed with handfuls of Baby’s breath. A work of art. And it was lying there on the large stone, untended, all but illuminated by a neon sign proclaiming “PICK ME! PICK ME!”
Bobby was 23 and considered himself a reasonable man. Would it be so wrong to borrow (take) the bouquet? It wasn’t like he was stealing money. “Logically”, he assured himself, “it’s pointless to let the blossoms go to waste.” The wind rustled around him as if in agreement.
A sneaky glance revealed that he was alone. From a distance, the church bells tolled -8 mournful gongs. That decided it. He swooped down and grabbed the flowers. No luck. A creeper of some sort, unwilling to let go. He tugged harder and winced as a thorn tore his thumb. Damn, he was bleeding now! Cursing darkly, he snatched the flowers free and kicked the stony earth.
A sickly moon shone on his retreating back. 11 drops of Bobby’s blood spread on the stony surface of the grave. A gentle trickle. A few seconds later, a forked tongue came out from under and licked the drops clean. A ritual completed, a bond sealed.
A sudden rumble punctured the night. The cover slab moved, displacing other, older flowers. And then the cemetery stood still. Even the wind stopped fussing. Absolute silence. Broken only when the ragged, yellow nails clawed their way out of the fetid earth.
That night, Bela and her date enjoyed a lovely dinner. She couldn’t stop gushing about the bouquet! And Bobby! Gone were the goofy jokes and the awkward pauses. He seemed older somehow. She caught him looking at her over the candlelight, a few times. His dark eyes (funny how she always thought they were blue) regarded her intently.
A small tingle nudged her spine. Something about his eyes.
(HE’S HUNGRY)
“Damn, Bela. No more wine for you!”, she thought with a sheepish smile, as the waiter came with their check.
His lower lip curled suggestively as he touched her arm. Her heart beat a little faster. Was she seriously considering sleeping with Bobby? The idiot who hadn’t stopped until she agreed to dinner?
(HE’S SO HUNGRY.)
“So listen,”, she said, before she could take the words back. “Do you want to go back to your place for a drink?”
Something red glittered behind his eyes. Just a trick of the light, she told herself.
After a long pause, he answered. “I’d love that. And I know just the road we can take,”. 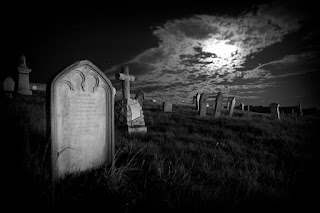