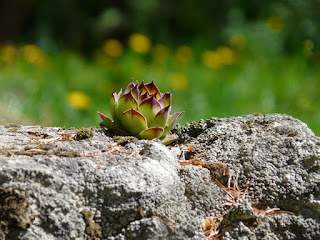 Somewhere in the first year post spawning my older son, I dropped all pretense of perfection. The first to go were any and all attempts at using concealers and other makeup miscellanies (seriously, does anyone really know how primers work, or if they even do)? I traded in my sleek dresses and snazzy shoes for stretchy yoga pants and slip-on sneakers. The baby didn’t really care and thought I was just divine as long as the milk-burp-diaper cycle was running like clockwork. So I embraced this new paradigm and proceeded to act busy.

I wasn’t THAT busy. Of course, I was viciously sleep deprived and pretty happy to talk about it. I got really good at making this vague clawing gesture anytime someone asked me to ‘sleep when the baby sleeps’. I also spent a disproportionate amount of time obsessing over baby bodily functions (I’ll spare you the details, except to tell you it rhymes with hoop and sometimes tarts). Housework existed, as did the world outside my motherhood bubble but (somehow) I had convinced myself that I needed to look perpetually disheveled — because that’s what society expects of a new mother. I felt guilty after I took a long shower as if devoting a few extra minutes to myself meant I was ignoring the baby. Even though I had this amazing supportive family, I chose to be the ‘martyr’ and did everything myself, just so I could convince myself that I was a good mother.(I know it sounds laughably ridiculous, but try telling that to my hormone-addled brain). My two best friends then were regret and resentment. I was starting to dislike this whole “mom” business because none of my choices guaranteed me any sustainable peace.
A few months later, my OB gave me a diagnosis of Postpartum anxiety and depression. I was ironically happier post the diagnosis because at least now I could tell myself that I wasn’t such a selfish witch for wanting to have an occasional morning to sleep in. I started working out and seeing a therapist and a year later I was back to my quasi-chirpy self. The kiddo was almost 3 and chugging along and finally, I felt like I had some semblance of balance in our lives.
Then I got pregnant again. 9 months later, a sweet baby girl showed up. This time around, I was wary. I knew to expect the blues, so I was every vigilant. I dropped the ‘martyr’ act. I gladly took all the help I was offered. I tried to catch up on as much sleep as the new gremlin baby let me. I remembered to put on lipstick when I was starting to feel bleak. I was best dressed on particularly dismal days. I went out more with the baby. Joined a group therapy class. Exercised and generally tried to be as social as is possible with a child attached to the boob.
Thinking back, the depression hit me harder the second time around. Much worse and peppered with random moments of utter grief. But somehow I felt more at peace. Calmer and more connected with myself and the baby. Probably because of the happy pills as I was on, but also possibly because I finally realized that motherhood is what I make it to be.
I was a perfectly average mom, flawed to the gills. And that was exactly who I aimed to be.