Skip to content
Novelist Margaret Atwood writes :
“Why do men feel threatened by women?’ I asked a male friend of mine.
“’They are afraid women will laugh at them’, he said, ‘undercut their worldview.’
Then I asked some women students, ‘Why do women feel threatened by men?’ ”’They are afraid men will kill them”
I read this a long while ago, and somehow among the millions of other similar stories, this one stuck with me.
Every day we read about violence against women, against children (girls and boys), against the elderly. Most of the perpetrators are men. Maybe it’s centuries of patriarchy, maybe its raw physical superiority, maybe its the knowledge that they CAN get away with it. But it never stops.
Remember the Bollywood/Indian movies of the 70s/80s/90s? If a woman was raped, her best outcome was to have the rapist marry her. Today thankfully, we recognize that no woman deserves to be hurt in that way. Today we march/protest/write so that every woman knows her true worth. I’ve had friends from India tell me they are afraid to raise their children there. I don’t blame them. It’s a valid fear, especially since you hear the horror stories of infants being raped. Mothers are afraid of every unknown male – the neighborhood dhobiwala, the watchman, the postman, the bus conductor.
When I was 14, I was molested. I was young enough to not be scarred by it but old enough to be horrified. I was sitting in a BEST bus, on my way to Marathi classes. It was the monsoon season. Gentle rivulets of rain were streaming down the bus windows. I was a hormonal teenager, so I had my Walkman on my lap and a soulful tune in my year. Chandrachur Singh was crooning “Tere Mere Sapne Khile” in my ear and I was smiling dreamily. Possibly idiotically imagining that he was singing to me. I was barely aware of the Bus around me. I remember seeing a young guy, with a buzz-cut that suggested he was possibly military? My subconscious mind dismissed him and the other 20 passengers and I settled in for my long commute. People got on and off and soon somebody slipped into the empty seat next to me.
The bus bounced along the road, wheezing noisily, catching every pothole and spraying water back at the sky. I slipped into a blissful, almost-stupor when I felt the Walkman move on my lap. I looked down to readjust it when I spotted long fingers. Under the Walkman. On my lap. I blinked stupidly, not quite understanding. Then those fingers moved and dug deeper into my lap. A red bell started ringing in my head, but I didn’t move. Didn’t or couldn’t. I looked up and saw the buzz-cut man sitting next to me. His eyes were glassy, his mouth open and his other free hand was fondling his crotch. I felt urgent fingers touch me again. The red bell got louder. I was paralyzed, stuck in that nether zone, unable to believe this was happening. I didn’t know if the wetness on my face were some stray raindrops or tears of shock. Chandrachur kept singing in my ear, the bus kept rolling on; the earth kept spinning, and he kept touching me, poking, prodding. Hurting.
The bus lurched to a sudden stop. I jerked forward and hit my head on the seat in front. That broke the spell.
Before I knew what I was doing, I had grabbed his hand and pulled it away from me. But I didn’t let go. I stood up. I can still remember the Walkman falling away and a part of my teenage brain wondering “oh no oh no please don’t be broken.” (HE TOUCHED ME)
I looked at my molester. He had a remarkably handsome face, a hint of scalp showing under his short hair. He stared up at my pincer grip on his wrist, surprised, confused, possibly even scared? (HE TOUCHED ME!)
“Madam, wh-“.
I didn’t let him finish. (HE.TOUCHED.ME!!!)
With all my strength, all my fear, all my shame, I reached down and slapped him hard across the face. My palm stung but my eyes stung more. I screamed loudly, nonsensical words mixed with expletives. And then I slapped him again. The bus conductor came running and took one look at us and understood. But he had to ask.
“Madam, kya hua?”
“HE TOUCHED ME”, I shrieked and slapped the man again.
Because this was the 90s and public awareness wasn’t great, I didn’t go to a police station. The buzz -cut man stumbled away and got off at the next stop. No one stopped him or even attempted to. They focused on sitting me down because I probably looked murderous. I looked around at kind, concerned faces. Someone handed me my Walkman (unbroken). An older woman sat next to me and stroked my back soothingly. The bus conductor hovered, like a worried nurse. I took a few minutes before I breathed normally. And then I broke down and cried the rest of the way.
Looking back, I know that I haven’t had it as bad as other women. Women who were raped. Brutually assaulted. Groped every day on their way to work. No, those women have it way way worse.
So when does it stop? When do men realize that they have the choice to keep their hands, their eyes to themselves? When do they decide that a woman is worth respecting, no matter how she talks or how she dresses?
Not because she’s somebody’s daughter. Not because she’s somebody’s sister.
Because she’s Somebody. Shouldn’t that be reason enough?
I don’t believe in violence. I don’t believe in revenge. But I believe that every woman’s body is hers to protect. So the next time a man even thinks about touching you inappropriately, don’t walk away. Don’t glance away. Give him a look, say something, show him you’re not afraid to kill him.
And maybe then it will stop. 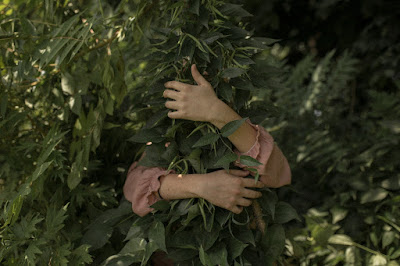