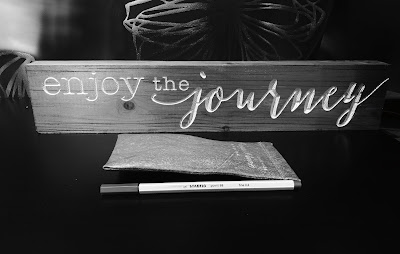 Grandpa (or Thatha as I called him) was a very huge presence in my life. He was this skinny, beanpole of a man, full of wit and laughter. Self made, he came from poverty and settled down in Bombay with Paati (grandma), back when The Union Jack flew proudly over most buildings. He worked for a large National company and together; they raised 2 beautiful daughters with grace and humor.
My childhood is peppered with memories of him cooking for us with grandma yelling out directions, regaling us with bedtime stories in that intense voice (he condensed the entire Ramayana in 10 minutes, without missing a single important point!), playing lazy afternoon games of chase. He was one of my first friends, evolving from play partner to the person who taught me all about grammar and the Oxford Comma.
I lost my Paati at that tender age when childhood is slipping away and my brain was at the mercy of puberty. I was sad, shocked and mostly furious because she had baked me my favorite sweets, just the night before. Was that to be my last memory of her? Wiping her face as she worked at the stove? I grieved for days, hugging her old sari, her entire life now reduced to tears spilling from my eyes.
The rest of the family was busy with the funeral, so I moped by my lonesome and embraced some of that newfound teenage angst. My first experience with death- predictably unpleasant and traumatic. But what would haunt me for a lot longer, were the nightmares, where other family members died in an orderly, rotating schedule and I woke up, sweaty and breathless with grief.
Throughout my teen years, I kept a close watch on Thatha. Every cold he had, every time he complained about his knees, I worried. Was he at death’s door? Would the Diabetes kill him first or the Ingrown toenail? At 18, I got into Med School where I learned newer and fancier ways of dying. And when he had his first stroke at 81, I blamed myself for not diagnosing him sooner. At the hospital, under the cold gleam of the fluorescent lights, Thatha assured me he intended to live for a lot longer than 81. I nodded and squeezed his hand, grateful for the promise he had no real control over.
The 2000s passed in a blur. I graduated, got married, moved countries, had a baby. Thatha had his own milestones. His third angioplasty, his first bypass surgery, endless doctor visits and insurance claims. His grandkids now spread across the globe in their own pockets of success. Pride in his chest, encapsulated by a thin layer of heartache. We called him dutifully and visited when we could. Life was now a time lapse video, as he grew a little older, a little thinner every day. We worried about his failing health with every hospital visit. But he always came back home.
It was a cold winter afternoon. My mom texted earlier that day, letting me know Thatha was fading fast. When “the call” came in a few hours later, I put down the phone and breathed out. For someone who was so obsessed with his mortality, I was entirely indifferent to his death. Possibly because it was a gentle event. He’d prepared us with little rehearsals all year. An overnight stay at the hospital. Sometimes two days, sometimes a week. And finally, when we were strong enough, he died. Honoring that promise, he’d made me 17 years ago.
A whole year has passed since and I still miss him terribly. The cheeky humor, the clever jokes. The warmth in his voice when I called him every Sunday morning. I see glimpses of him in my children. My son’s nose, his lazy half smile. The way my daughter has bony knees. The first wrinkles appearing on the edges of my eyes as I smile.
My daughter found thatha’s old eyeglass case, yesterday. She played with it for hours, marveling at the faded writing on the leather, the little magnetic clasp at the top. Suddenly, it was a car. Ooh! Ooh! Now it is a little bed for her doll. An ordinary thing, made extraordinary because she could see the magic in it. Much like my thatha.
An average, skinny beanpole of a man, who would pluck stars out of the sky for his little family.
Disclaimer : This isn’t meant to make anyone sad. I wrote this piece to celebrate the wonderful life my thatha lived. If you have a grandparent around, go give them a hug. And an extra one from me