Skip to content
We have these interesting terms in the special needs/autism world. NT (neurotypical aka non autistic), HF (high functioning), mild/moderate/severe as in degrees of autism (as if such a vast spectrum can be so cleanly and conveniently categorized). The use of these descriptions and acronyms is all pervasive. So much so that even someone like me (who is reasonably moored to the non special needs world) starts to think in absolutes.

This was before I had my daughter. Despite my medical training (and well my own experience as a former child), I was quick to assume that all typically developing children were intrinsically programmed to go through their day without too much fuss and fluff. They would eat their meals with angelic smiles and nary a tantrum. Bath times and nap times would be such a breeze and play dates would basically be an excuse for us moms to sit back and sip coffee while the kids just got along so infuriatingly well! Essentially the child would basically raise him/herself and all the parents had to do was show up to recitals and watch their perfect spawn excel at every damn instrument.

So Sunshine, my daughter was born and as she surpassed and exceeded all milestones expected of her, we were so excited! “She’s neurotypical!” I breathed in awe to my husband.Well the only thing left to do was to give in to our Desi genes and enroll her in every type of activity/class possible so she could seek early admission to Harvard before her 5th birthday. Well duh!

Children have this absolutely dependable way of pulling the rug from under your feet. If you think their first word will be dada (and not mama, because you know the child you carried and nursed for a gazillion weeks will be damned if she says mama first!), then said child will do a double bluff and bleat out a “baba”. That’s just how babies roll. Sunshine’s first word was Elmo. Her first tantrum was right after that when I refused to let her eat her Elmo doll. Within a year she had blossomed from the sweet little, wide eyed baby to a master negotiator who can scream louder than a banshee when angry. Sometimes she would screech for the fun of it and even take requests like a DJ. She had a strong sense of her self and her independence and she did not hesitate to let us know that. When we did playgroups, I discovered that almost all of her peers could do the same quick shift from Dr.Angel to Mr.OMG-Stop-biting-me-Hyde. Raising her was both euphoric and scary. I was constantly amazed/afraid of how large her personality was and how much more attention she needed than my kindergartner, Button. My whole life as a mom had been reasonably structured to meet the demands and desires of Button and wouldn’t you believe it, my supposedly “easier” second child was more of a challenge.

I basically had to deprogram myself from how I perceived both my children. Autism does not mean difficult and neurotypical does not mean perfect. I don’t even use the “neurotypical” word anymore.Putting my children into these predetermined categories, does not help them grow into themselves. They need the freedom and the scaffolding to be angry, mad, difficult, irrational before they can eventually find their way back to my arms. Someone needs to be 200% on their side all the time no matter what and who better than me? Sure we have our rocky days when I surreptitiously check their heads for budding horns; but on the whole, we are this bright eyed, slightly disheveled bunch who always finds their way back to easy laughter.

Today I have 2 wildly different kids. Button is now a sensitive and affectionate 7. He’s incredibly smart and also a total goofball (with a good measure of a howler monkey when he gets upset). Sunshine, now 3 has graduated to being the matriarch of our household. She is strong willed and really loud, with a flair for drama. But she’s also the most perfect little girl who loves to read and give warm baby hugs.

Our child is ours – but only by cause of us creating/birthing them and the love in our hearts. We are not doing our child a favor by raising them -it literally is our one job as parents. And if we’re lucky and we do that well, they owe us nothing but love in return. See we don’t get to pigeonhole our children’s traits. We don’t own them and we cannot dictate to them. They are not a catch it all for our insecurities and fears. They are beautiful and free in their imperfections. They’re part of their own tribe of learners, so similar and yet so diverse. They’re not you and they’re not me. And they are certainly not “neurotypical”. 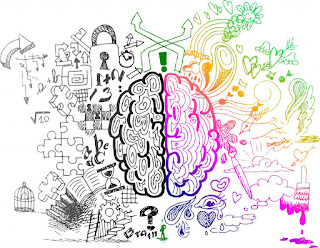