Skip to content
There is a force on earth as strong as gravity. It holds us ransom, much like gravity does. But it unlike gravity, this force transcends time and generations, casting its dark shadow on entire family trees right from the root to the tips of unborn buds.
This force – if it had a physical form; would be black and pulsating, knotted and hideous. It would scar everything it saw and ruin everything it touched.
But despite existing solely in our hearts, it causes the same destruction.
I’m not talking about a mythological force or a supernatural one.
I’m talking about the real and very complex human emotion of prejudice. Or in simpler terms – hatred.
Hatred starts innocuously. A passing remark by a parent/ a lazy comment by a teacher. A skewed TV show, a cruel act witnessed. But the child is listening, and the child is watching. And the seeds are growing into ugly saplings, birthing prejudices and intolerance.
To an extent, this is unavoidable. And honestly, impossible to prevent. Mankind has evolved by grouping together because of sameness and that’s ok. Form cliques and tribes all you want. That’s human nature.
It’s the shunning of those different that is problematic. Seeking those that disagree and lashing out at them. Fearing dissent and criticism, so taking the first step to offend and hurt someone else.
We’re all so flawed. Me probably more than you. We’ve been raised with these set ideas, and while some of us can detach from prejudice, most of us still carry forth those deep emotions. Rich people are bad and poor people are good. Or vice versa. Old people are correct and the younger generation is rude. Or vice versa. Joint families vs Nuclear, love marriage vs arranged. Screen time is bad/ formula feeding is wrong/ Hindus vs Muslims/ white people vs black vs Brown.
The list is endless. Sometimes we look at each other as absolutes, forgetting that just like us, everyone else is a complex, layered being.
We judge each other for being different instead of loving those differences. Imagine how boring and static life would be if all of us dressed in blue or liked the same music. Instead, we have this evolving and every changing world where so many colors catch our eye and so many songs make us fall in love!
So embrace each other’s differences. Observe but don’t judge. Don’t shame people for choices they have made. We don’t know their journey and their challenges. Ask questions if you’re curious. Offer help if they will have it.
Don’t give advice, hoping to convert someone’s perfectly balanced existence. Take a breath before speaking/typing. Take two if you’re angry. Ask yourself if this is a problem worth breaking a heart over. Ruining someone’s day with incessant arguing? Would you stand for it if the roles were reversed? Or would it break you?
Don’t be a keyboard warrior, be a real one. Disagree but fight for someone else’s right to state their opinion. Allow them to mess up. If you are truly interested, be there to help them put the pieces together. But most importantly, allow Yourself to make mistakes and stumble, as long as you are going on the right path.
Prejudice will always be there. But maybe if we as a unit, as a generation took a collective decision to stop propagating negativity, that would be such a wonderful service to our kids and theirs. As moms and parents, we have so much power to nurture this family tree. Water it from the right can and teach our kids to do the same.
A wise man said “To err is human. But to forgive is divine.”
So let’s be human. But also, let’s be a bit more than that.
Disclaimer: I’m sorry if this post comes across as me doling out advice from my high horse. Trust me, I’m so deeply imperfect myself, and I legit fear horses. This was inspired by a dear, dear friend of mine who asked me to share this point of view. 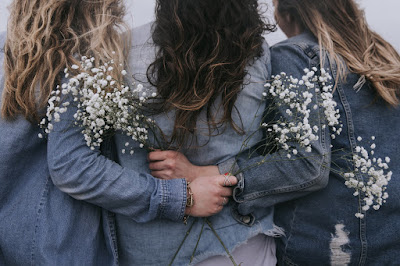