Most people are jerks when they’re young. Flush with the arrogance that being 17 and 20 brings, they often say and do a lot of things they don’t believe deep within their hearts. Now the catch is that they’re privileged enough to not have to know better. They can afford to bully and mock, because they’re never the victims of society. Rich kids tweeting about casteism, when they’ve done zilch to help. Tone deaf Instagram posts to gain social clout. Folded hands and earnest words, thoughts and prayers, thoughts and prayers.

Like I said. Many people are jerks when they’re young.

And sometimes this continues well into their thirties. And forties. We all know creepy 50-year-olds, who think it’s cool to be elitist and condescending to the house help. Those annoying relatives who still believe in purity of caste and religion. Grandparents who leave behind legacies of pain and blood.

The 17- and 20-year-olds grow up and move into a better world than they were raised in. They leave behind toxic mindsets and learn to think for themselves. They get an education; they travel and with time, their worldview grows beyond themselves.

Actor A said something idiotic 10 years ago? Let’s bring that up now and bury him alive with our hatred and scorn.

Famous personality was a foolish teenager who made foolish teenage choices? Why, we must make sure she never forgets it.But social media thinks otherwise. Social media believes in crucifying people for their mistakes and then dancing on their graves. The entire cancel culture is built on this nonsense. And keyboard warriors across the globe take so much pleasure in leading these battles. They’d rather fight and nitpick than effect any actual change.

Now I’m not saying we shouldn’t hold celebrities accountable. We absolutely should. They have large fan bases and the power/money to influence how those fan bases think. We should ensure celebrities are responsible and thoughtful, not just by their words but actions in the real world too. Are they just posting little black squares on their instagram or are they actually going out there to protest? Are they being allies and donating to organizations? Are they paying lip service or actively fighting against privilege and nepotism?  Because these are tangible ways to measure their growth and personal evolution. And these are things that matter to victims of society’s cruelty.

This nonsense is on us, the common women and men of the world. Before we judge others, do we possess the ability to introspect and right our faults?  Do we just use trendy hashtags or actually go out there and make a difference? Why should celebrities lead the fight against nepotism? Why can’t equality for all start in our little communities and microcosms? We hold grudges for mistakes that happened decades ago. We choose to be angry and resentful, rather than believing that people can change.

And when someone attempts to do better, do we acknowledge and honor that? Respect that?

My therapist once told me, “Everyone enjoys being angry. Anger feels powerful; something you can hold in your hands and throw at people, because it gives you this false illusion that you’re doing something. Anger is useful, if it energizes you to act. But anger is also very dangerous, because it might push you to act badly.”

There are few things in the world that are harder than forgiveness. To be authentic, kind and let go of our resentment. To truly accept someone’s apology and believe their heart. It’s difficult, because it forces us to think beyond our perspective.But it’s the only way to move forward. Otherwise, all we’re doing is creating a toxic environment where everyone is furious and no one wants to change.

Most people are jerks when they’re young. I was a jerk and I’m sure you were too. We’re human. Messing up is what we do best.

But that doesn’t have to be the end of our story, right?

We can birth fresh pages together; a little of you and a little of me. Think long and hard, before our fingers hit the keyboard. Pepper our journey with honesty and growth, old wounds healed, forgiven, forgotten. We can learn from each other and write the best damn story possible. So our children and their children will read it and smile.

It’s not easy, not by a long shot. But then, nothing good in life comes easy.

Have you recently forgiven someone and accepted that they’ve changed? 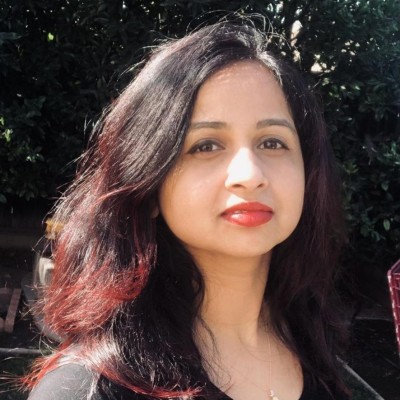